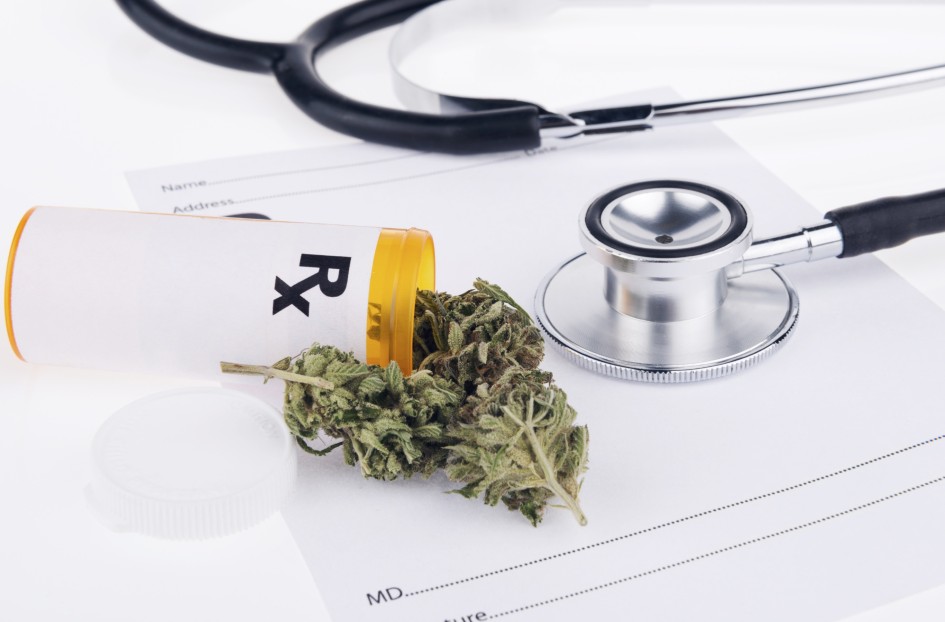 Epilepsy is a persistent (chronic) condition of the brain.  It involves unpredictable abnormal electrical discharges or misfiring of brain cells (neurons).  This misfiring in the brain can cause episodes of bodily convulsions, loss of coordination, loss of consciousness or altered sensory states.  These episodes are commonly called seizures.  People with epilepsy have persistent and recurring seizures.  One may be born with epilepsy, or may acquire it because of disease or injury.

Complex partial seizures cause an impairment of consciousness.  During this type of seizure, a person may act confused, aimless, fidgety, emotional or disturbed.  They are likely to have no memory of the event after it is over.  A simple partial seizure may progress to a complex partial seizure and then become a generalized seizure as the abnormal electrical discharge spreads to the entire brain.
Generalized seizures involve abnormal discharges or misfiring in all regions of the brain and result in impairment of consciousness.  Behavior during generalized seizures may range from a blank stare with little or no movement (petit mal or “absence” seizures) to dramatic bodily convulsions (grand mal seizures).  During these convulsions, the patient may have difficulty breathing and turn blue.  They may also bite their tongue and may lose control of urine or stool.  When they regain consciousness, they do not remember the event and are very sleepy.

Epilepsy is conventionally treated with a class of drugs called anticonvulsants.  Standard drugs in this class include carbamazepine (Tegretol), phenytion (Dilantin), primidone Mysoline, valproic acid (Depakote), clonazepam (Klonopin), ethosuximide (Zarontin) and phenobarbital.  Newer drugs are coming on to the market but there is less experience using them.  Doctors prescribe anticonvulsants or antiepileptic drugs according to the types of seizures patients experience and secondly by how well the patient can tolerate such drugs.  Many patients have a poor response to these drugs even when taken in combination.
In addition to problems with effectiveness, there can be serious side effects resulting from the use of anticonvulsants.  While these side effects do not always occur, they can include nausea, headaches, loss of hair, swelling of gum tissue, impotence, depression, poor coordination (ataxia), liver failure, depressed blood counts,  effects such as sedation, slurring of speech, unsteadiness, double vision, weight gain, hyperactivity (in children), sleep disturbances, irritability, gum dysplasia, hirsutism ( excessive growth of hair) and changes in mood.

Some people with grand mal seizures say they can prevent their seizures entirely by smoking marijuana.  Others, who suffer complex partial seizures, report that marijuana also curbs their symptoms and prevents loss of consciousness.
Some patients find that marijuana works in conjunction with other drugs they are taking.  Others find that marijuana works best for them when it is used without other drugs.  Either way, these epileptic patients have made marijuana a necessary part of their medical treatment.
People using marijuana to control epilepsy should be aware that withdrawal from any medication that controls seizures might leave you more susceptible to the seizures.  Marijuana is no exception.  Patients with epilepsy are advised to exercise caution when using oral THC because there is not sufficient knowledge about the convulsive or anti-convulsive properties of the single compound.

SCIENCE
The anticonvulsant properties of marijuana may be the oldest of its known medical benefits.  Marijuana was used as a medicine for epilepsy by ancient societies in China, Africa, India, Greece and Rome.  Written testimonies of its usefulness, such as the one by Dr. W.B. O’Shaughnessy appeared in Western scientific journals in the 19th century.  Dr. O’Shaughnessy’s classic account of the uses of marijuana in India was published by the Ohio Medical Society in 1860.
There is some contradictory data about marijuana having both convulsive and anticonvulsive effects.  Throughout the mid 1970’s and early 1980’s, Dr. Paul Consroe of the University of Arizona, conducted a number of studies using both THC and CBD on animals.  He found that while high doses (near lethal) of THC can trigger convulsions in seizure susceptible animals, the administration of cannabidiol (CBD) in similar or higher does not cause convulsions.  His studies concluded that CBD might have powerful anticonvulsant properties, which counteract the muscle-exciting effects of THC when both compounds are delivered to the body in marijuana.  However, small studies in which cannabidiol alone were administered did not yield consistently favorable results.  This may point to the fact that the safest and most effective way to treat epilepsy with marijuana is to use all of its compounds together by smoking the plant rather than ingesting its separate ingredients.

• What the researchers wanted to know: How common is marijuana use among epilepsy patients?
• What they did: Patients seen at the University of Alberta Epilepsy Clinic were called and asked about their condition and whether or not they used medical marijuana.
• What they found: Of 136 subjects, 48 (35 percent) had used marijuana in the past month.  Nearly half had used it at some time in their lives, and four were determined to be dependent on the drug.  People with frequent seizures or who’d had the disease longer were more likely to use marijuana frequently—which could mean that using marijuana makes seizures happen more often but could also mean that patients whose disease was worse were more likely to try alternative treatments.  Not surprisingly, people who used other illicit drugs were also more likely to smoke marijuana.
• What the study means to you: Many people with epilepsy seem to think marijuana helps.  Animal studies have come up with conflicting results—in some, marijuana increases convulsions, while in others, it has an anticonvulsant (somewhat more desirable) effect.  In any case, if many patients are using marijuana, it seems worth studying more.

Other Treatments:.
Vagus Nerve Stimulation
Vagus nerve stimulation involves the implantation of a small generator under the skin just below the collarbone.  The generator sends electrical impulses to the vagus nerve via a small coil that wraps around it.  The impulse passes from the vagus nerve onto the brain, helping to lessen the frequency and severity of seizures

.
The Ketogenic Diet
A ketogenic diet causes the body to go into starvation mode; it is high in fat, low in carbohydrate and provides just adequate protein causing the body to go into a state of ketosis.  The diet was developed early in the twentieth century and was used to treat seizures in children.  As anticonvulsant, medications were discovered the diet went out of favor but it is once again gaining favor in the treatment for children.

“Marijuana patients report reduction in headaches as well as reduction in seizures when using cannabis instead of conventional medication.”   In addition,  researchers have found that  “marijuana use may indeed be beneficial for the epileptic patient.”    There are anecdotal and individual case reports that “marijuana controls seizures in epileptics”  (reviewed in a 1997 British Medical Association report), but there is no solid evidence.  While there are no studies indicating that either marijuana or THC worsen seizures, there is no scientific basis to justify such studies.”
Donald Gross,  MD,  Assistant Professor of Neurology at the University of Alberta, et al.,  stated in their June 8, 2004 article,  “Marijuana Use and Epilepsy;  Prevalence in Patients of a Tertiary Care Epilepsy Center,”  published in Neurology:
“Twenty-one percent of subjects had used marijuana in the past year with the majority of active users reporting beneficial effects on seizures.  Twenty-four percent of all subjects believed marijuana was an effective therapy for epilepsy.

“Despite limited evidence of efficacy, many patients with epilepsy believe marijuana is an effective therapy for epilepsy and are actively using it.”

Katherine Mortati,  MD,  a neurologist at the Comprehensive Epilepsy Center at SUNY Downstate Medical Center, et al.,  stated in their 2007 study  “Marijuana:   An Effective Antiepileptic Treatment in Partial Epilepsy?   A Case Report and Review of the Literature”,   published in Reviews in Neurological Diseases:
“Although more data is needed, animal studies and clinical experience suggest that marijuana or its active constituents may have a place in the treatment of partial epilepsy.
[In the study] We present the case of a 45-year-old man with cerebral palsy and epilepsy who showed marked improvement with the use of marijuana. This case supports other anecdotal data suggesting that marijuana use may be a beneficial adjunctive treatment in some patients with epilepsy.”
The British Epilepsy Association stated on its website (accessed May 3, 2006):
“There is scientific evidence to suggest that cannabis may be beneficial in treating a number of conditions, including epilepsy….  Some reports suggest that it can reduce seizures.
John Brust, MD, Professor of Clinical Neurology at Columbia University, et al., concluded in their 1990 study “Illicit Drug Use and the Risk of New-onset Seizures,”  published in the American Journal of Epidemiology:
“Marijuana use appeared to be a protective factor against first seizures in men.
“Marijuana contains numerous cannabinoid compounds that differ in convulsing and anticonvulsant properties.  Anticonvulsant properties were first noted in the 15th century, yet studies in humans remain slow…..to none at all.

Marijuana uses a protective factor for new-onset seizures.
Epileptic seizures are often controlled through drug therapy.  In general, medications can control seizures in about 70% of patients—but that leaves 30% of epileptic patients without relief.  Furthermore, traditional epileptic medications come with side effects.  Many patients suffering from epilepsy and other seizure disorders have found great relief from medical marijuana, taken either on its own or in conjunction with other epilepsy medications.  Some epileptics (who cannot tolerate other anti-seizure medications), have been able to use marijuana to successfully control their seizures.  Additionally, medical marijuana is very effective in controlling epileptic seizures without the side effects found in traditional medicines used to treat epilepsy.  The side effects associated with cannabis are typically mild and are classified as “low risk,” with “euphoric mood changes” among the most frequent side effects.
Epilepsy is usually treated with barbiturates, benzodiazepines, and other powerful anti-seizure medications that render the patient incapable of normal activity.  Prescription anticonvulsants are not effective for 20-30% of epileptic patients.  Many patients suffer intolerable, and sometimes fatal, complications from standard pharmaceutical medications.  Some epileptics find that marijuana controls their seizures without causing the physical and psychological depression typical of pharmaceutical therapies.  Animal studies indicate that several cannabinoids not found in the synthetic THC pill have notable anticonvulsant properties. CBD, one of many medicinal compounds not available by prescription, has shown ability to control partial seizure disorders.  Marijuana is the only source of CBD and other cannabinoids that can help control the agony of epileptic attacks.
Recent US military tests reported that rats protected by synthetic cannabinoids were 70% less likely to suffer epileptic seizures and brain damage after exposure to nerve gas.  Animal experiments provide evidence of the antiepileptic effects of some cannabinoids.  THC has potentiated the anticonvulsant activity of the drugs phenytonin and diazepam.  According to a few case reports from the past three decades, some epileptic patients continue to utilize cannabis to control an otherwise unmanageable seizure disorder.  Cannabis use may occasionally precipitate convulsions.  In contrast to THC, there is no development of tolerance to the antiepileptic effects of CBD.

The exciting news is that researchers at the University of Reading have found that some of the compounds contained in marijuana are effective at relieving these seizures.  The compounds undergoing assessment are Cannabidiol (CBD) and GWP42006, both of which have been highly effective at preventing seizures in animals.  Trials into the effect on humans are to begin soon.