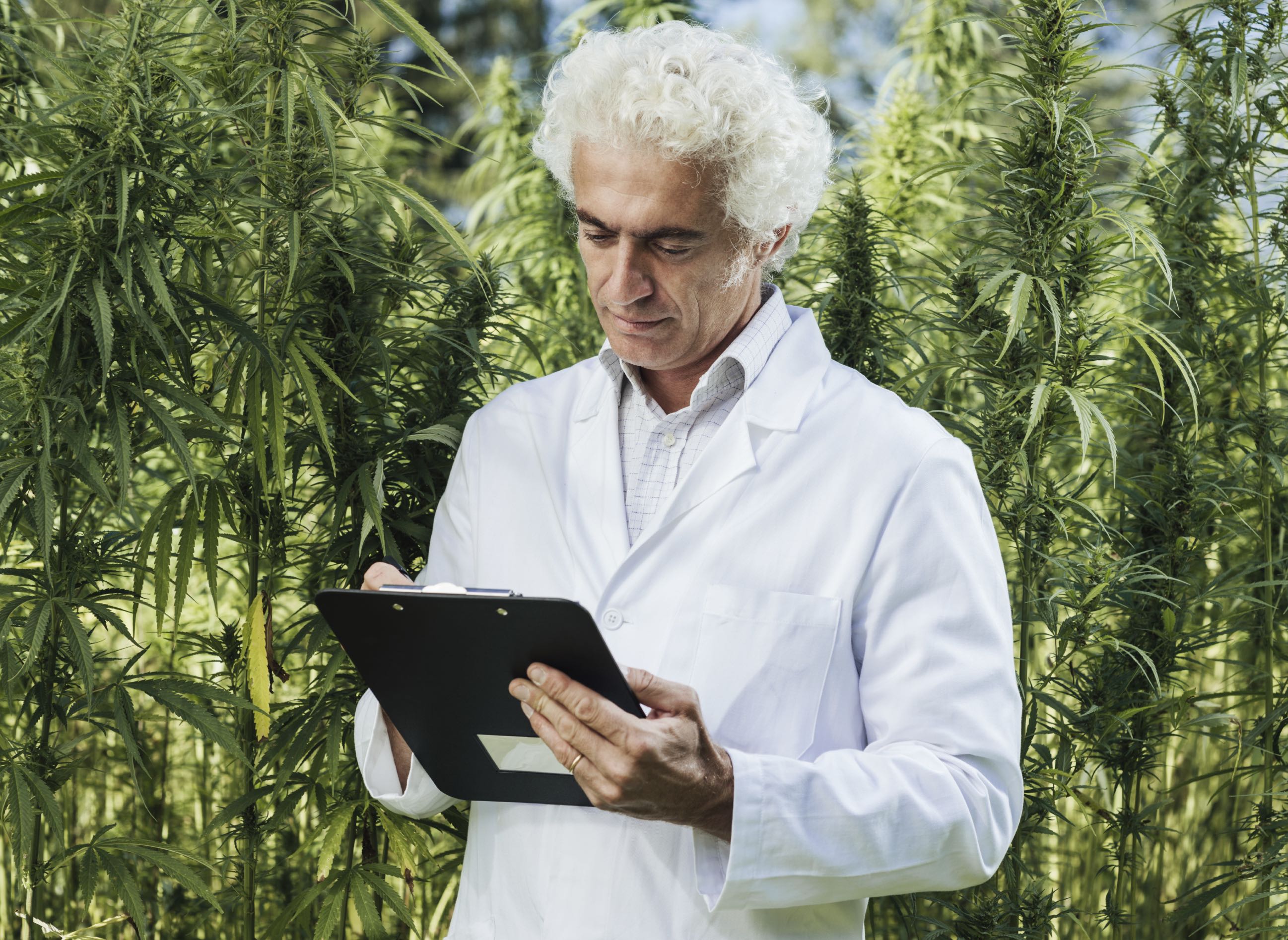 Scientist checking hemp plants in the field, he is writing down notes on a clipboard, herbal alternative medicine concept

An early American study has assessed the safety of Epidiolex – the drug made from cannabidiol (CBD), a compound derived from cannabis.

The study was conducted by Dr Orrin Devinsky, director of the New York University Langone Comprehensive Epilepsy Center. It was designed to test the safety of Epidiolex and how well people could tolerate it.

A total of 213 people took part in the study, ranging from young children to adults and all living with epilepsies that are difficult to treat. These included Dravet syndrome and Lennox Gastaut syndrome – two severe childhood epilepsies.

Some participants had negative reactions to the medication. These included diarrhoea, decreased appetite and tiredness. Twelve people did not finish the trial because of these side-effects.

Those people who completed the study experienced an average 54 per cent decrease in the number of their seizures. These results are promising, but Dr Devinsky insists that more tests are needed. Trials with bigger test groups and placebos should be done to confirm the safety and effectiveness of the drug.

Epidiolex was approved for testing by the US Food and Drugs Administration even though cannabis is illegal in the United States. This recent study was supported by GW Pharmaceuticals. Findings were presented at the 2015 American Academy of Neurology Annual Meeting.

Story by Marianne Greer for epilepsy.org.uk